Smoky Tiger and the Seven Doors is now available on I-tunes. If you havnt heard it yet or even if you have why not support your friendly neighborhood Smoky Tiger. It´s only 99 cents a song and you dont even need to leave your computer console!

I need to recupe the costs of this one before I make a new one so help me obi won kenobi. You re my only hope. 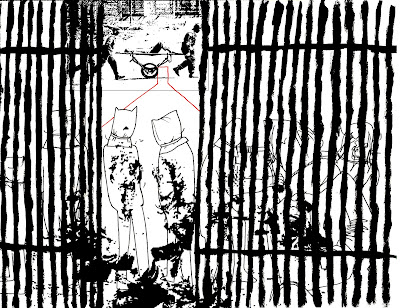 I just spent the past couple of weeks in a Hare Krishna ashram just north of Lima Peru. The Ashram is situated on a stretch of beach next to the pacific ocean and is surrounded by huge sanddunes. It never rains. A complicated series of mini canals feed a large self sustained vegi farm growing strawberries, corn, lettuces, carrots, tomatoes and others. The farm operates on biodynamic principles originated from Rudolf Steiner which means no pesticeds or genetic control. Also the seeds are planted and arranged according to the movement of the heavenly bodies. Rules at the ashram are no intoxicants, no meat eating, no sex. They have peacocks and a turtle and amazing adobe style temples and living spaces. I taught yoga classes.

The krishna consiosness movement was founded by this dude in the picture. He came from india in the sixties and converted many dirty hippies to the worship of Krishna. Primary principle is Bhaktí-yoga or the yoga of devotional love for god. They see all god worship in all the world to be the worship of the same god. They have a prophet that came 500 years ago who released the knowledge held by the brahmas to the masses. This dude told everyone that the gates of heaven would be open as long as you chant the name of god and dance around. Hare Krishna Kare Krishna Krishna Krishna Hare Hare Hare Rama Hare Rama Rama Rama Hare hare. This means basically, ´God, let me be an instrument for your love´´

They have dieties and a big alter behind a curtain. 4 or five times a day they open the curtain and everyone dances around and sings. Many of the devotees spend all day caring for the deities. Every day they get a new set of clothes, everyday they take a bath, and you cant eat any food until its been offered to them first. Devotees wake at 4 am, take a cold shower and start devotions.

These people were very sweet and we got a long well. I sang all of their songs and read all of their books (some of them). Mostly in our discussions it served to strengthen my personal convictions that you can access the devine realms through the material realm through various processes and that´s ok with Krishna too. This organization focuses all energy on the devotional service at the expense of all other joga forms. I think physical asanas are key.

I also dont agree that every one NEEDS a guru and that the gurus word is forever law. I rather prefer the concept of the guru within. 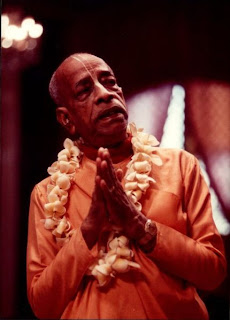 When asked if we are the body or the soul I said both, wheareas they try to deny the body at all costs. I feel that denying the material is the denial of the feminin aspect of reality. Some interesting tidbits I gathered about the guru in this ashram is that he doesnt beleive the Americans landed on the moon and also beleives that aids was started in a lab.

There is much wisdom to be gathered from the Indian texts such as the bhagavad gita and the bhagavatam. The vedic traditon is the longest standing faith system. Although I would argue the traditions of shamanism spread back deeper.

The greatest thing with this place is that everyone gets together at the end of the day and sings songs and discusses fundamental questions of reality. Also vegetarian diet is pretty darned good. But so is smoking reefer and Im pretty sure altered states have a traditon of being used in this faith. I was greatly stimulated by this atmosphere and am very greatful. They bestowed apon me a set of mala beads in order for me to recite the mantra. I also learned how to make dream catchers.

I was sad to leave and they gave me a bag of Krishna Clothes to take to another ashram in the jungles of ecuador. I feel privelaged to have this devotional mission. I leave their feeling lucid and cleansed.

Back in Lima now which is an ancient seething grey polluted cesspool. Never gets sunshine because the clouds get caught and pushed back by the towering andes! Makes me wonder why they built a city here in the first place. Maybe Im being a bit harsh. We´re going to spend the day trying to find some shining spots like the beautiful old churches and museums. Need to gather information about the ancient cultures as we´re headed north to the sunny beach where there´s many ruin sites. The ruins of Chan Chan is the oldest and largest adobe city in the new world. Apparently their culture was inspired primarily by the San Pedro Cactus.

If you´re interested Ill continue my travelog here as It progresses.
Posted by CaptainGoldStar at 7:32 a.m. 8 comments:

I was wrong in deleting this blog. For that I am sorry and my apology goes out to all those you have contributed and felt hurt by this move. I'm really sorry, my intention wasn't to hurt anyone's feelings.

Of course, you have probably guessed by now, that I would never have destroyed all this work and that the blog is safely archived. So 'deletion' was merely flipping the switch off, and then on 'again. But don't get me wrong, I'm not saying my actions are any less bad only that I would never destroy all that collaboration.

And although lots of people may be angry with me, I think that I have learned a lot from this. People's reactions and some thoughtful words from friends gave me advice on what to do next.

"The government of a sage-king is carried on through moral instruction and education; that of a military lord is conducted through force and compulsion." Yu-Lan, F (1948) A short history of Chinese philosophy. New York: The Free Press, p. 74.
Posted by Quitmoanez at 5:09 p.m. 2 comments:

Drawing of a Studio (sans artiste) 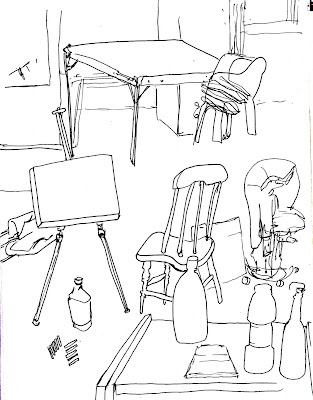 Posted by TheBlueMask at 1:26 a.m. No comments:

but I'm so lonely without ALFA 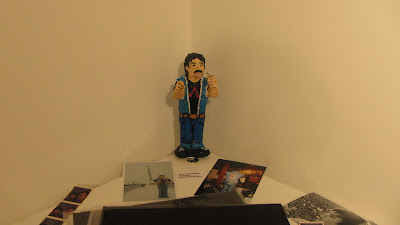 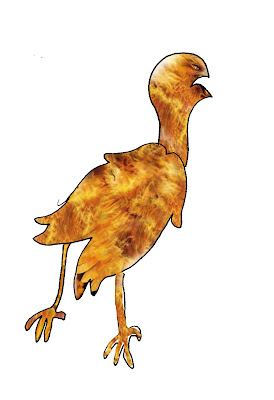 The blog was deleted.The blog had come to an end. After no serious discontent, after no major event, the blog crumbled, gone as quickly as it had been created and there it was, finished. Could it be so? Could it all be over? Or is this a new beginning? ....or if not...than when is good day to end this blog?
How about 03/02/2010. (exactly five years after its beginning in 03/02/09).

That gives us three more months to wrap this thing up and call it done.

I missed a few things
but was alerted to an emergency situation
!!!

fortunately, the patient is in recovery
and the prognosis is good

but it does make me bear in mind
(as I usually do, when I don't forget)
that all things on the internet
(and in this life, don't forget)
are nothing but dust and ether

and often much less than either
- fortunate are we to ever see anything more
Posted by D. Sky Onosson at 8:18 p.m. 6 comments:

A touch of the madness on a Tuesday afternoon

A human being is nothing but a series of thoughts, strung on a curve disjointed from thing to thing along the same pattern of a theme. Diversity along a string of divination. The fast forward moments of a time slowed down so that I can think it.
Posted by Quitmoanez at 3:13 p.m. No comments: 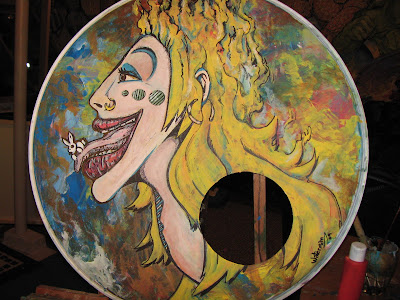